It's been almost 2 years since my last post.
We had a lot happening in our family. A crisis you could say.  Then there was a lot of uncertainty but I won't go into that.
Then I decided... No matter what happens this oven is getting finished.  I was really getting fed up looking at the unfinished concrete bunker in the garden!

Here's the new progress this week.   I also sustained my first oven related injury.  I fell today badly hurting my leg, bruising my Liver and cutting my elbow.  Nothing broken. It was my own silly fault for not being more careful! 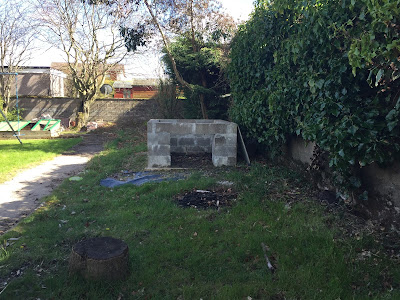 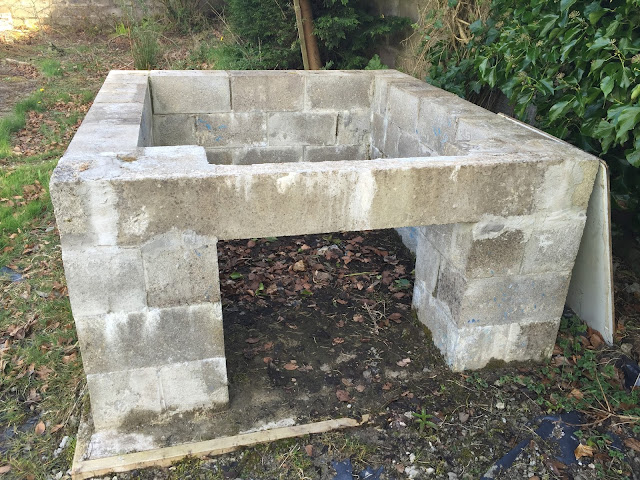 Looking UN-loved and forgotten...At least I can be sure the concrete is cured and the stand is complete!

Sprucing up quickly...  preparing to make the concrete support floor which will be cast in place on top of the stand.   The mould for this big concrete slab is built in place using timber and plywood in my case. I'm still following the Forno Bravo plan from the US. Version 2.  .....More or less. 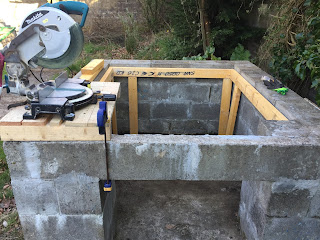 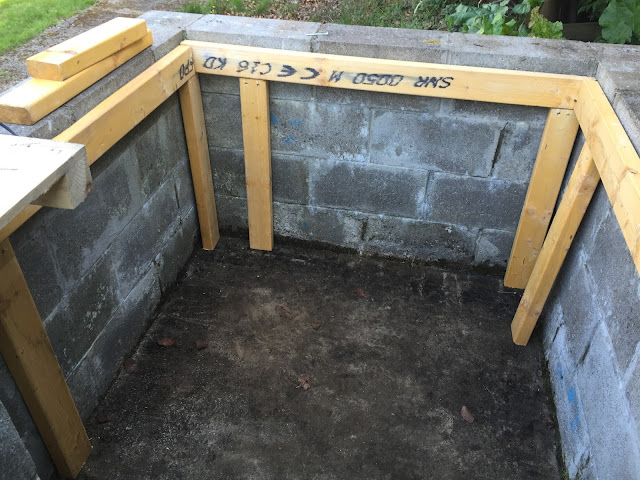 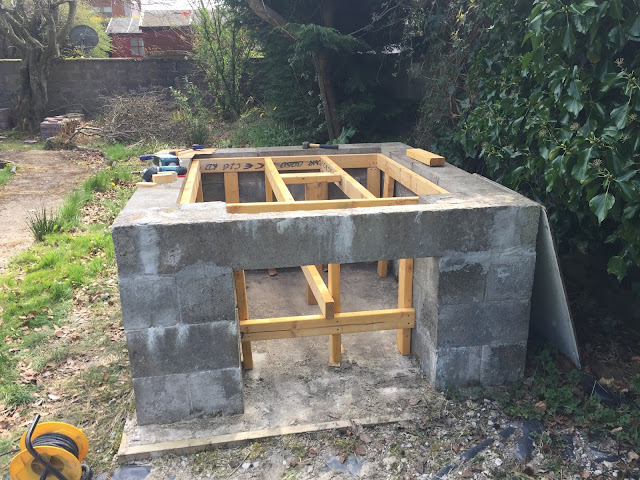 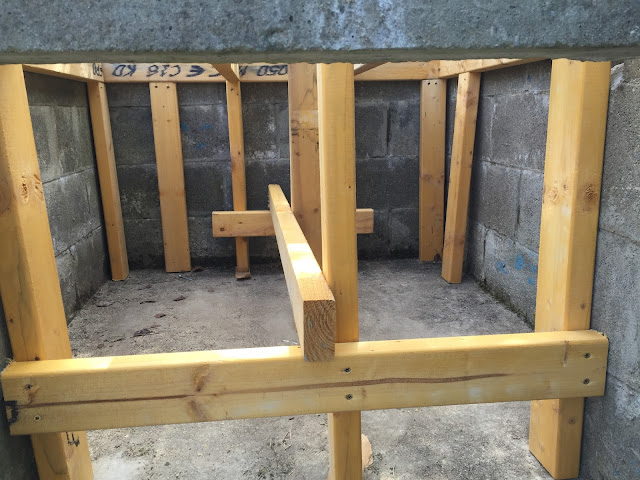 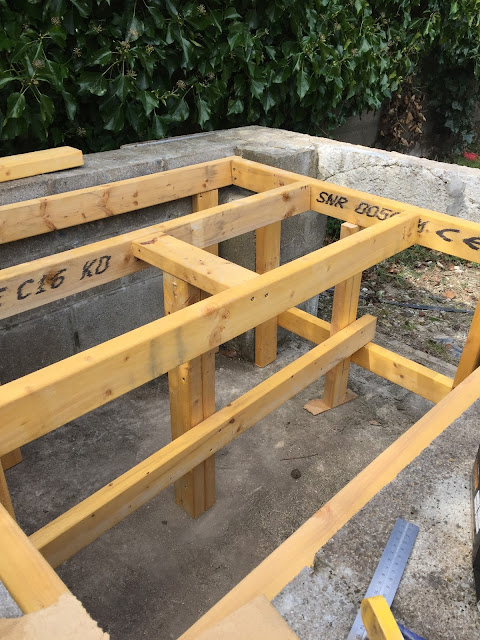 I'm using four by two from Cordiners Timber, Torry, Aberdeen.  I doubled up the centre support.  All this has to come out later after the concrete is set so I'm careful how many screws I use and where I put them.  I'll have to crawl in here later... 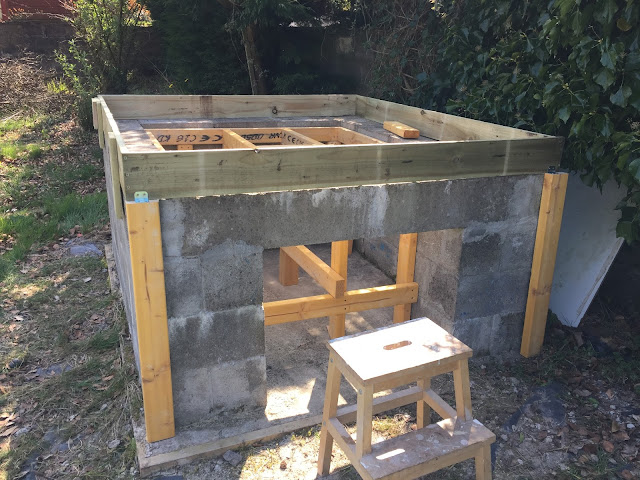 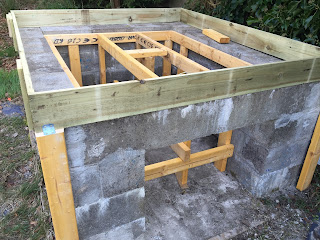 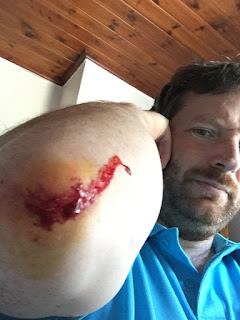 I have an accident, falling off the wooden stool as it sinks into the soft ground. I should be more careful! My leg, liver and elbow take the brunt of the damage.  Could have been worse.

I fell off the Ikea footstool as it sank into the soft ground, I landed on the stool, full force of my weight on the upper right thigh, and a leg of the stool stabbing into my liver, my elbow hitting dried up concrete from before cutting it with the impact. 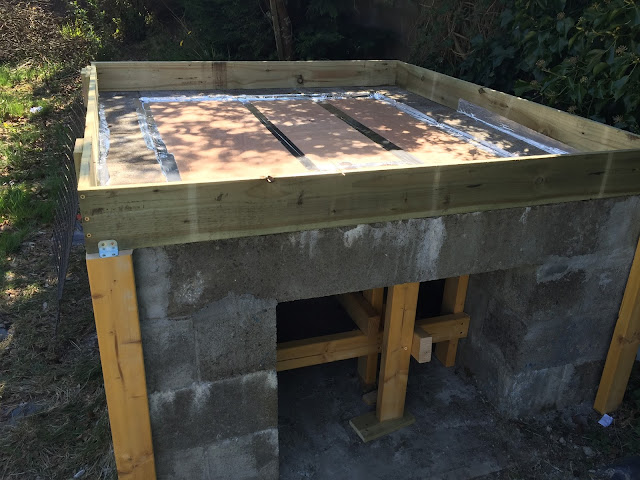 I added some aluminum tape down the sides of the form and on the plywood to help reduce any escape of the concrete.   Now I'm ready to cast the support floor of the oven. The form is all in place.
12/5/16
Posted by Unknown at 12:50