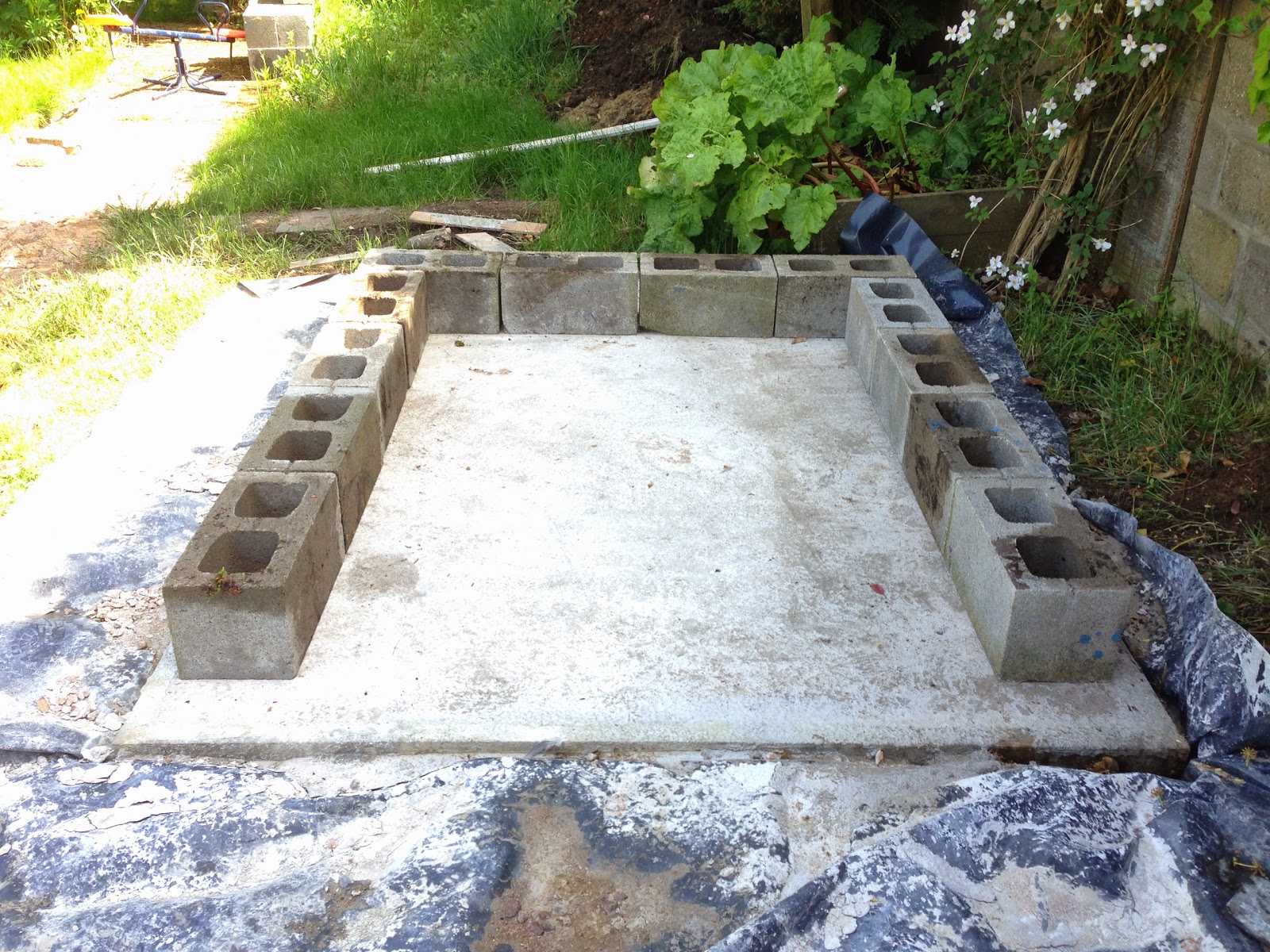 I start laying out the blocks. I sourced these for free through my Dad. He had them left over from a project about 20 years ago and had been lying at the bottom of his garden. He agreed to let me have them for free. Big cost saving here.

I play around with a few configurations of blocks before deciding on what to go for.
I notice I have already made a small error but I don't think it's going to be a big problem.  The blocks I have are much wider than the Forno Bravo blocks on their plan so my foundation is a little neat. If I had made it 4 or 6 inches wider I'd have been happier. The blocks all sit on top of the foundation but only have an inch or so down 2 sides. Our Scottish blocks are much bigger it seems! The design is different as well so I'll be having to mortar these in place rather than the rebar and concrete method of dry laying on the Forno Bravo plan.

This is me getting prepared to do the first brickwork of my life. So please don't expect miracles...

The sand I picked up from the Park Quarry (CHAP) on the South Deeside road, outside Aberdeen. 1.16 tons cost 25.22 inc Vat. They sell it at £18+VAT per ton which is massively cheaper than anywhere else I could find, you have to pick it up though.

I also spent £44 on 11 bags of cement at B&Q  on a deal at £4 per bag and £1 on a plastic bucket. I'll be needing more cement for the next stage so I bought way more than I need just to do the base brickwork.


The first course almost finished apart from one block in the right.  I need to leave now to do something and return a few hours later to tidy it up a little.
So far on this stage I only used half a bag of cement ( one bucket) and 5 buckets of sand. My mortar mix isn't that easy to work with, I need to perfect it to get it sticking to the brick better. I tried a squirt of Fairy Liquid to help which worked a little.

I have a better photo of the finished work after rubbing down with a sponge and keying in this evening. I'll add it later. I'm probably going to cover this up later so the finish is not really important as it won't be seen. 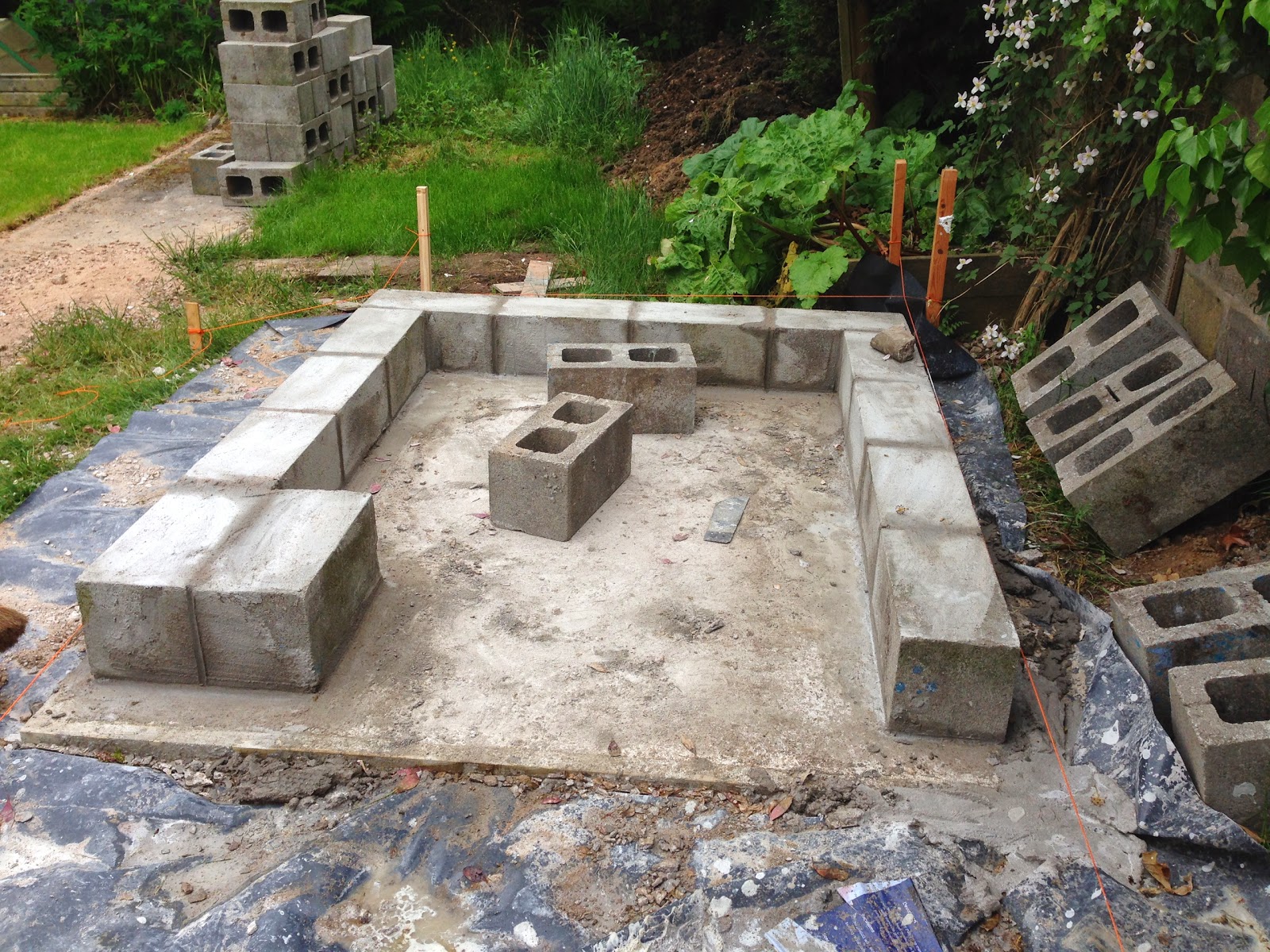